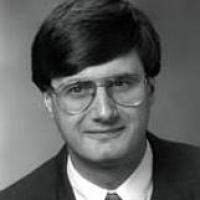 Prof. Gauthier is interested in a broad range of topics in the fields of nonlinear and quantum optics, and nonlinear dynamical systems.

In the area of optical physics, his group is studying the fundamental characteristics of highly nonlinear light-matter interactions at both the classical and quantum levels and is using this understanding to develop practical devices.

At the quantum level, his group has three major efforts in the area of quantum communication and networking. In one project, they are investigating hybrid quantum memories where one type of memory is connected to another through the optical field (so-called flying qubits). In particular, they are exploring nonlinear optical methods for frequency converting and impedance matching photons emitted from one type of quantum memory (e.g., trapped ions) to another (e.g., quantum dots).

In another project, they are exploring methods for efficiently transmitting a large number of bits of information per photon. They are encoding information on the various photon degrees of freedom, such as the transverse modes, one photon at a time, and using efficient mode sorters to direct the photons to single-photon detectors. The experiments make use of multi-mode spontaneous down conversion in a nonlinear crystal to produce quantum correlated or entangled photon pairs.

Another recent interest is the development of the world's most sensitive all-optical switch. Currently, they have observed switching with an energy density as low as a few hundred yoctoJoules per atomic cross-section, indicating that the switch should be able to operate at the single-photon level. The experiments use a quasi-one-dimensional ultra-cold gas of rubidium atoms as the nonlinear material. They take advantage of a one-dimensional optical lattice to greatly increase the nonlinear light-matter interaction strength.