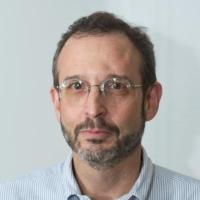 Adjunct Professor in the Molecular Genetics and Microbiology

Human and viral genes are complex genetic units of information that are tightly regulated. The laboratory studies three aspects of this regulation: the interface between synthesis of mammalian messenger RNAs and the processing events required to mature these transcripts, the alternative processing of these messenger RNAs to produce multiple proteins from one gene, and the regulation of gene expression in human pathogenic flaviviruses.

In the great majority of human transcripts coding information is found in short exons that are identified and ligated together in the process known as pre-messenger RNA splicing. The complex nature of genes provides for versatility of expression because one gene can encode for many proteins by altering the selection of exons to be included in the messenger. This process is known as alternative splicing and it is the major engine of proteome diversity in humans. Alternative splicing is tightly regulated in normal development and is deregulated in disease. The evolution of alternative splicing probably accounts for the possibility to maintain a limited number of genes while increasing tissue diversity.

The importance of connections between RNA processing and synthesis (transcription) has recently come to light. The molecular nature of these connections remains unresolved. The laboratory investigates these connections, physical and functional, between RNA polymerase II transcript elongation and alternative splicing. This work is focused on a protein found to be a repressor of HIV-1 transcription elongation, CA150. CA150 appears to physically and functionally link the elongating RNAP II complex with the splicing machinery.

Finally the laboratory has recently begun a study of the RNA-protein interactions that dictate gene expression in two families of pathogenic flaviviruses, yellow fever virus (YFV) and dengue viruses (DV). These agents are major health risks in the tropics and represent an emerging danger to the US population. This threat was announced by the West Nile virus epidemic, caused by a highly related flavivirus. Little is known about the molecular biology of YFV and DV, and my laboratory is applying tools and methods we have developed to study human gene expression to shed light into critical functions of these important pathogens.