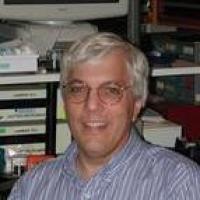 Our intellectual focus is on identifying determinants of cell shape that function during development. Utilizing molecular genetic and reverse genetic approaches in Drosophila, we have shown that conventional nonmuscle myosin is necessary for driving both cell division and post-mitotic cell shape changes for morphogenesis. Currently, we are investigating how myosin elicits cell shape change and how its function is regulated through filament formation, phosphorylation, sub-cellular targeting, small GTP-binding proteins, kinase and phosphatase functions. In fly, we are using novel, near saturating screens to identify mutations that perturb dorsal closure, a model cell sheet movement that requires at least six different filamentous actin and/or actomyosin arrays for proper morphogenesis. Our screens show that nearly all aspects of closure a mutable -- by extrapolating our results, which have thus far screened approximately two-fifths of the fly genome, we project that the function of over 300 genes are required to drive this superficially simple, yet remarkably complex and sophisticated morphogenic process. We have also identified gene products that are necessary for myosin function by genetically recovering second site non-complementing loci and biochemically recovering proteins that bind to myosin. To date, our experiments identify ~30 loci that genetically interact with myosin and a kinase activity that phosphorylates myosin heavy chain and establish genetically, that the Rho signalling pathway is required in concert with nonmuscle myosin II for morphogenesis. Finally, we are using laser microsurgery and micro-manipulation studies to understand the forces that drive  morphogenesis. We show that both the amnioserosa and the leading edge of the lateral epidermis contribute to the movements of dorsal closure. Finally, we are examining the role these proteins play in movements that occur during wound healing.